(NEW YORK) — The Food and Drug Administration authorized the United States’ first COVID-19 vaccine for people age 16 and over late Friday, a historic moment in a pandemic that has killed over 290,000 in this nation and nearly 1.6 million people worldwide.

“The FDA’s authorization for emergency use of the first COVID-19 vaccine is a significant milestone in battling this devastating pandemic that has affected so many families in the United States and around the world,” FDA Commissioner Dr. Stephen Hahn, said in a statement.

The emergency use authorization was expected to trigger the first shipment of 2.9 million doses to 636 sites across the country within 24 hours, primarily to hospitals where front-line health care workers are expected to receive them. Nursing homes and other long-term care facilities are also considered a top priority.

Pfizer, which produced the vaccine alongside German company BioNTech, has said it will ship the doses from its Michigan warehouse directly to those sites, pre-selected by governors and local health officials.

“Today, we can begin to turn millions of Americans hopes into reality,” Pfizer CEO Albert Bourla said. “That’s because we have received the great news that the FDA has authorized the emergency use of our COVID-19 vaccine for people 16 or older.”

A second batch of 2.9 million doses was expected to follow close behind, with the U.S. government opting to keep 500,000 doses in reserve to address any shipping or distribution mishaps.

The U.K. has already begun distributing the vaccine. Regulators in Mexico and Canada also endorsed the vaccine.

It is the first vaccine that uses the genetic technology mRNA to be authorized in the United States.

While the timing was not certain, the expectation was that vaccination shots would begin quickly, possibly on Monday.

The authorization comes after federal advisers — an independent group of infectious disease experts, doctors and scientists — agreed the benefits of the Pfizer vaccine strongly outweighed any potential risks based on trial data.

“Having concluded that the criteria for issuance of this authorization under Section 564(c) of the Act are met, I am authorizing the emergency use of Pfizer-BioNTech COVID‑19 Vaccine for the prevention of COVID-19, as described in the Scope of Authorization section of this letter (Section II) and subject to the terms of this authorization,” Denise M. Hinton, chief scientist at the FDA, wrote in approving the EUA.

Data from clinical trials involving 44,000 volunteers this year estimated the vaccine to be 95% effective against COVID-19 without any serious side effects. Fatigue, headaches and swelling at the injection site were noted.

Following reports of two severe allergic reactions in the U.K., the FDA warned the vaccine should not be given to individuals known to be severely allergic to any component of the vaccine.

Dr. Anthony Fauci, the nation’s top infectious disease doctor, said he was expecting such a warning and that it wouldn’t necessarily mean that people with unrelated allergies can’t get the vaccine.

“Now that we’ve got this heads up, what you do is what you do with everything in clinical medicine: You stay alert for it, and you keep a situation so that if it happens again, that people are in a facility that can take care of it,” he said in an online interview with the Journal of the American Medical Association on Friday. “I don’t think it should mitigate against people getting vaccinated because we don’t know the extent.”

A separate fact sheet for patients says anyone receiving the vaccine should tell their vaccination provider if they are pregnant or breastfeeding, immunocompromised, have a bleeding disorder or are on a blood thinner, have a fever, have any allergies or have received another COVID-19 vaccine.

President Donald Trump immediately posted a video statement to Twitter after the approval.

“Today our nation has achieved a medical miracle. We have delivered a safe and effective vaccine in just nine months,” he said in a message taped in the Oval Office. “This is one of the greatest scientific accomplishments in history. It will save millions of lives and soon end the pandemic once and for all. I am thrilled to report that the FDA has authorized the Pfizer vaccine. We have given Pfizer and other companies a great deal of money, hoping this will be the outcome, and it was.”

The official green light from the U.S. government was a long-time coming, as a frustrated Trump tweeted angrily at Hahn earlier Friday and called the FDA a “big, old, slow turtle.”

In a Friday phone call, White House chief of staff Mark Meadows suggested to Hahn that his job could be on the line if his agency didn’t authorize the emergency use for the vaccine by the end of the day, people familiar with the matter said.

“I just want to stop the world from killing itself,” Trump tweeted Friday.

Dr. Peter Marks, director of the FDA’s Center for Biologics Evaluation and Research, said in a statement the feat was achieved “with science guiding our decision-making.”

While the vaccines are en route or prepare to ship, another federal advisory panel planned to meet Saturday to recommend how the Pfizer vaccine should be allocated considering its limited supply.

That panel, which advises the Centers for Disease Control and Prevention, has already suggested health care workers and residents of long-term care facilities should be first in line for COVID-19 vaccines. It’s expected they will suggest the same for the Pfizer vaccine specifically at Saturday’s meeting.

CDC Director Robert Redfield was expected to approve that recommendation swiftly so as not to hold up injections.

That FDA advisory group voted 17-4 with one member abstaining in favor of the vaccine. The dissent appeared to be tied mostly to concerns that the FDA wanted to authorize the vaccine for people ages 16 and up, instead of setting the limit at 18 years of age.

Fauci and other health experts said they would be willing to take the vaccines themselves and recommend them to family members.

“When my group is called, I will gladly roll up my sleeve,” said Dr. Richard Besser, a former acting CDC director and president of the Robert Wood Johnson Foundation.

How did California go from the epicenter of the US pandemic to the lowest statewide transmission rate?

How did California go from the epicenter of the US pandemic to the lowest statewide transmission rate? 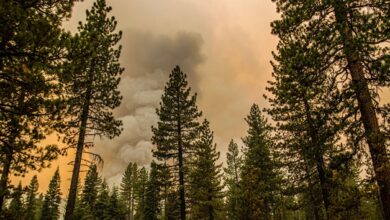 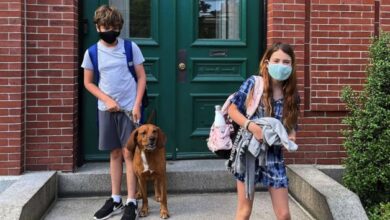 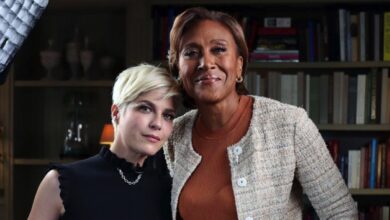 Selma Blair opens up about living with MS in new documentary 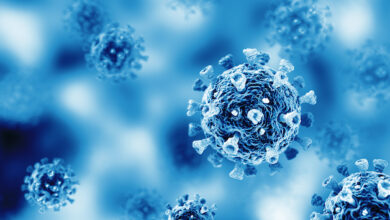