Terence Patrick/CBS ©2020 CBS Broadcasting, Inc. All Rights Reserved(LOS ANGELES) — (NOTE LANGUAGE) While reminiscing about their new musical film The Prom, Late, Late Show host James Corden revealed to his co-star Meryl Streep that he once pulled a prank on her, saying she’d been fired from a movie.

The pair starred together in the 2014 musical Into the Woods, Corden explains, and Streep’s absence one day from the set led him to start a rumor that the Oscar-winner had been canned.

“Everyone was devastated,” Corden recalled.

For her part, Streep says she’d never heard that rumor before, but admitted now it made sense to her that, “they were really glad to see me the next day I was on set.”

However, Corden said he couldn’t have pulled it off without his accomplice, co-star Christine Baranski.

“As soon as I winked at Baranski, she just went into, ‘Meryl is devastated,” Corden said, imitating the Good Fight star.

“Oh, she’s an evil bit**, she really is,” Streep joked, before admitting they all had actually had a wonderful time on the musical’s set.

For the record, Streep says she’s never been fired from a job — only “from relationships.”

The Prom, an adaptation of the popular based-on-real-life Broadway show of the same name, is now on Netflix. 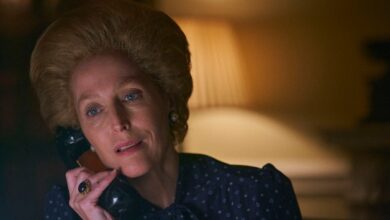 Emmys 2021: Gillian Anderson and Tobias Menzies win Supporting Actress and Actor in a Drama Series for 'The Crown' 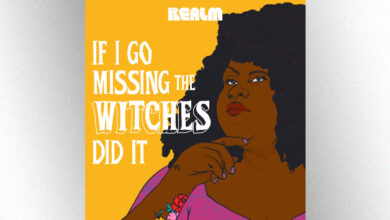 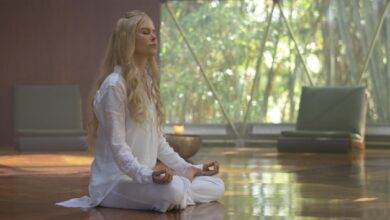 Nicole Kidman reflects on her marriage to Tom Cruise: “I was young”