(WASHINGTON) — President Donald Trump is nearing one last battle with Congress over his push for massive arms sales to the Middle East — threatening to veto lawmakers’ effort to halt a $23 billion sale to the United Arab Emirates.

The Senate will vote Wednesday on two resolutions that would block the sale to UAE of armed drones and the F-35, the most advanced U.S. fighter jet, which were a key part of Trump’s deal to secure Emirati recognition of Israel.

That deal, known as the Abraham Accords, could be imperiled if Congress blocks the sales and halts the unprecedented delivery of such high-tech weaponry to an Arab partner in the Middle East. That’s why the White House has already promised Trump would veto the resolutions, even as lawmakers charge that the administration is rushing the sales through in Trump’s lame duck session.

“Legislation like these resolutions could, without further examination, have unintended consequences for defense procurement and interoperability between the United States and our partners, and could create diplomatic and security opportunities for our adversaries to exploit,” the White House said in a statement Wednesday.

It’s unclear whether or not lawmakers have the votes.

Long a critic of Middle East arms sales, Republican Sen. Rand Paul of Kentucky joined two senior Democrats, Sen. Bob Menendez, D-N.J., and Chris Murphy, D-Conn., in crafting the legislation. It’s unclear how many other Republicans he can bring with him, although one Senate aide told ABC News Tuesday they think both resolutions are likely to pass.

That would set Trump up for his third veto related to U.S. support for UAE or Saudi Arabia, whose coalition is fighting against Houthi rebels in neighboring Yemen that are increasingly backed by Iran. That air campaign was been accused of war crimes by the United Nations for killing civilians and targeting civilian infrastructure, while UAE.

Majorities in both chambers of Congress have taken steps to curtail U.S. support. In April 2019, Congress voted to withdraw U.S. support for the Saudi-Emirati coalition and, three months later, to block another massive arms sales to both countries. Trump pushed that $8 billion deal, including smart-bombs, through with an emergency authority that bypassed congressional review.

After Trump used his veto power in both cases, Congress was unable to secure two-thirds majorities to override him — a pattern likely to repeat itself with the F-35 and Reaper drone sales to UAE.

In addition to their airstrikes in Yemen, the UAE has also been accused of passing U.S. military equipment along to militias on the ground in the war-torn country, a violation of U.S. arms policy that engendered particular outrage because it allegedly included Islamist extremist groups. The country is also accused of violating the United Nations arms embargo on Libya, where a civil war has been fueled by outside weapons from Turkey, Russia, and others as well — something the U.S. has repeatedly condemned.

“Why reward the UAE with this massive unprecedented arms sale when we can’t be sure how they’re going to use those weapons, or whether they’re going to actually stay in the hands of the UAE?” Murphy told Yahoo News Friday. “That, in and of itself, I think is a reason to press pause on the sale.”

The State Department briefed Murphy and other members of the Senate Foreign Relations Committee last week in a classified meeting to try to dispel some of those concerns, but two Senate aides told ABC News lawmakers left with too many unanswered questions still.

“Just a mind blowing number of unsettled issues and questions the Administration couldn’t answer. Hard to overstate the danger of rushing this [through],” Murphy tweeted afterwards.

One of the briefers, Assistant Secretary of State for Political-Military Affairs R. Clarke Cooper pushed back on Murphy and others’ arguments on Tuesday, saying the Emiratis have “proved themselves over and over again” to be a “partner that we could count on.”

If the sales are blocked, he warned, the UAE will turn to China or Russia, which would hurt the U.S.

Complicating the effort to sink the sales is Israel’s support for them. Israeli Ambassador Ron Dermer appeared on MSNBC’s “Morning Joe” on Monday with Emirati Ambassador Yousef al-Otaiba to promote the deal, saying, “We strongly believe that this agreement, this arms package, will not violate America’s commitment or undermine the commitment to maintain Israel’s qualitative military edge.”

With Israeli lobbying, along with other top U.S. national security officials, most Republicans are expected to support the administration. 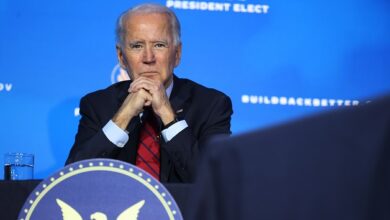 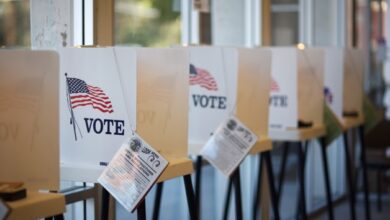 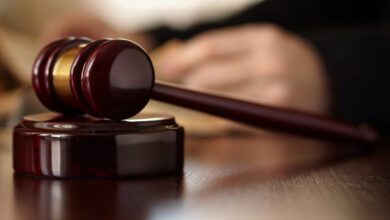 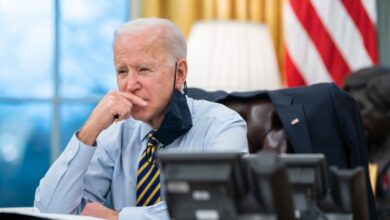