(WASHINGTON) — The chief scientific adviser for the Trump administration’s coronavirus vaccine program on Tuesday said that he did not know anything about an executive order on vaccines President Donald Trump planned to sign that day.

Moncef Slaoui, the adviser to the vaccine initiative, dubbed “Operation Warp Speed,” said in an interview on Good Morning America that he was “staying out of this.”

“Frankly, I don’t know,” Slaoui said, when ABC News Chief Anchor George Stephanopoulos asked him for details. “And frankly, I’m staying out of this. I can’t comment. I literally don’t know.”

The White House said Trump would sign the order at a “vaccine summit” he was hosting Tuesday. The order will prioritize Americans’ access to COVID-19 vaccines before the United States helps other countries, a White House official said Monday.

The “summit” came on the same day the United Kingdom became the first Western nation to begin mass inoculations for COVID-19 — and as President-elect Joe Biden planned to unveil key health nominees and appointments.

The White House shared few details on what the order Trump intended to sign would actually do.

A senior administration official said Monday the order would prioritize access for COVID-19 vaccine doses for Americans. But the official — and the White House — did not detail what that meant.

An official said Monday it would address how the U.S. would work with international organizations and other countries to ensure that they could get access to vaccines, as well.

“Once we’ve ensured the ability to meet the needs of the American people, it would be, then, in the interests of the United States to facilitate international access to COVID vaccines,” an administration official said.

The White House on Tuesday did not respond to questions about whether the order would attempt to block Pfizer, which is based in New York, from fulfilling its contracts with other countries.

It was unclear whether that would even be legally possible. Pfizer is a multinational company with several manufacturing plants producing the coronavirus vaccine in the U.S. and Europe, including one in Belgium that handles the vaccine’s final stages.

The order and summit came a day after reports emerged that the United States had over the summer declined to purchase additional doses of Pfizer’s vaccine.

The administration had committed to buying 100 million doses — enough to cover 50 million people, since the vaccine consists of a two-dose regimen — but, according to a senior administration official, it had passed on the chance to lock in hundreds of millions more.

The White House denied the reports. Press secretary Kayleigh McEnany told Fox News on Tuesday that “it’s just simply not true that they offered extra doses, according to the people who are involved in the negotiations.”

But the administration’s July announcement about its contract with Pfizer had noted that the drug company had left open the option for the U.S. “to acquire an additional 500 million doses.”

Asked about the reports, Slaoui on Good Morning America defended the United States’ approach. Under “Operation Warp Speed,” the federal government committed to covering the cost of an initial tranche of doses from half a dozen vaccine candidates; for Pfizer, it said it would buy 100 million of its vaccine if the Food and Drug Administration authorized or approved it.

“We selected six different vaccines to build a portfolio to manage the risk that some may work and some may not work but also ensure that as more than one would work, that we would accumulate vaccine doses from this portfolio of vaccines,” Slaoui said. “Now, in the summer, if somebody came to us and said, ‘Let’s buy more of this vaccine or that vaccine,’ no one reasonably would buy more from any one of those vaccines, because we didn’t know which one would work and which one may be better than the other.”

A senior Trump administration official told reporters Monday that Tuesday’s White House gathering was intended to educate the public about the vaccine development process and “instill confidence” in it.

And there was a third goal, the official said: self-congratulation.

Two leading developers of COVID-19 vaccines, the pharmaceutical companies Pfizer and Moderna, did not plan to attend the gathering at the White House, and an official with Biden’s transition team said Monday no one representing the incoming president had been invited.

The federal government’s top infectious disease expert, Dr. Anthony Fauci, said he could not attend due to a scheduling conflict.

Trump has lamented the fact that Biden might get credit for the vaccines, the distribution of which will primarily take place after Biden takes office next month.

He has remained uncharacteristically silent on the U.K.’s progress, after it last week authorized the vaccine produced by Pfizer and its German partner BioNTech, and as it started its mass vaccination campaign Tuesday.

U.K. Prime Minister Boris Johnson, a Trump ally who recently bucked the president by recognizing Biden’s victory in the presidential election, on Tuesday visited a London hospital and described the experience of meeting a patient who had received a dose of the vaccine as “exciting” and “moving.”

Trump and Vice President Mike Pence were scheduled to speak at the White House’s “vaccine summit” Tuesday afternoon. The White House said that others slated to attend included several governors and a senior Food and Drug Administration official, Peter Marks, a regulator reviewing whether to grant Pfizer and Moderna’s vaccines authorization for emergency use. 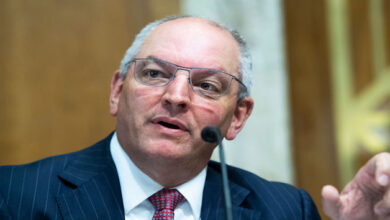 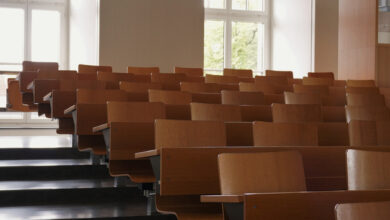 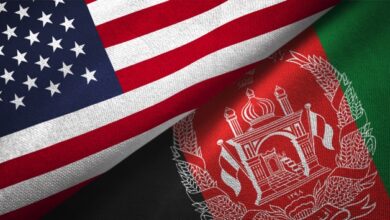 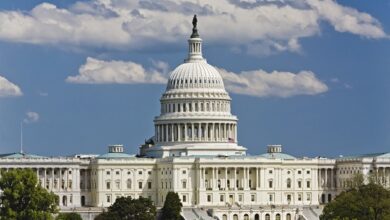