(NEW YORK) — As the coronavirus pandemic rages on and quarantine orders are being extended, people have turned to new places to get workout inspiration at home.

Fitness videos on TikTok have grown exponentially since the pandemic began, as many looked for new ways to stay in shape. Fitness challenges like #DragonFlag, #OneMinuteFitness and #PlankChallenge have gone viral in recent months, and celebrities like Carrie Underwood have even joined in.

Experts urge those just starting out to take it slow before jumping into some of the advanced moves seen in popular TikTok videos, and the intense program called 75 Hard that’s trending on the platform is no exception.

The 75 Hard program, created by entrepreneur and podcaster Andy Frisella and described as a “mental toughness” program, outlines rules users must follow for 75 days. They are:

75 Hard found life on TikTok during the pandemic after 22-year-old Rylee Ollearis documented her journey doing the program from May to July. Her first video about it has racked up more than four million views.

“I decided to post on TikTok for my five followers at the time… ‘Hey guys, I’m doing this crazy challenge, this crazy program,’ and the video started to blow up,” Ollearis told ABC News’ Good Morning America.

“I’ve almost given up myself a few too many times in the past,” she explained about what drew her to the intense program. “I wanted to prove to myself for this time that I could be tough enough to complete something that I set my mind to.”

Ollearis’ audio from her Day One video is now used in more than 500 TikTok videos of other users trying out the program for themselves. The hashtag #75Hard itself has over 126 million views on the platform.

The recent college graduate is now a wellness coach and said many people have reached out to her about the program since finding her videos. While she recognized that the program is a major commitment, she said she chose to do it in the middle of quarantine because she could put the majority of her daily focus on making sure she was being mindful with her workouts and recovery.

“Understanding that two 45-minute workouts every single day is a lot. You’re pushing your body, but you also have to ensure that you’re getting the right recovery, that you’re including active rest into those days to make sure that you’re not hurting yourself in any way,” she said.

One of the concerns about 75 Hard, according to many experts, is many may opt to ignore the 75 Hard recommendations and begin the workout plan without seeking advice from a physician first, and this can be dangerous.

Nutritionist and dietician Maya Feller said when she first heard about the 75 Hard program, “some internal red flags went up.”

“This just seems so dangerous in the wrong hands — and even in the right hands. It’s just propelling this really dangerous culture,” she told GMA. “It could absolutely set a person up for feeling like, either ‘I am doing well, according to this plan,’ or ‘I’m failing.'”

“We’re in the midst of a time where we’ve lost so much collectively … So why do we want to put ourselves in a position every day where we have to become tougher and harder, when we’re struggling with so much?” she said.

While Feller says there are major benefits of finding a routine and making healthy choices to improve your well-being, she doesn’t think 75 Hard is the way for the majority of people.

“It is for a very specific subset of people. …The program should really be focused on the individuals finding out how to engage in nutrition and intentional movement that is supportive of their metabolic health and their physical ability,” she explained.

Dr. Robert Glatter, an emergency physician at Lenox Hill Hospital in New York who has treated patients for injuries from working out at home — though not from TikTok — voiced concerns particularly about 75 Hard’s two-a-day workout schedule.

“I think the routine puts a lot of strain on your body, primarily your kidneys,” Glatter said. “The risks include muscle breakdown.”

Along with the strenuous physical toll of 75 Hard, Feller said it may also have negative psychological effects for an impressionable young audience on TikTok.

Feller said she believes 75 Hard’s “diet” rule, which she says she considers vague, using terminology like “cheat meals,” as well as the mandatory daily progress photo, exemplify the harmful side of diet culture, “which is very strong and very profitable and mostly focused on encouraging people to restrict their food intake … just for the sake of whittling themselves down to quite slender.”

75 Hard’s official website has a disclaimer says that “you should consult your physician or other health care professional before starting” the program. The company also told GMA it does not require high-intensity workouts and could include two walks a day. The company also said 75 Hard is “a mental toughness program. It’s not promoted nor advertised as a fitness challenge.”

TikTok said in a statement to GMA that the company works “to foster a supportive and body-positive environment for our community.”

“We encourage people to use good judgement before trying new fitness routines and will remove content that promotes dangerous behaviors to lose weight or eating habits that are likely to cause health issues. We want our community to feel comfortable and confident to be exactly who they are,” TikTok said.

Ollearis believes people should do their own research before trying 75 Hard, echoing the statement that the program is about mental toughness and building confidence more than weight loss.

If you or someone you know is battling an eating disorder, contact the National Eating Disorders Association (NEDA) at 1-800-931-2237 or NationalEatingDisorders.org. An American tragedy: Inside the towns hardest hit by coronavirus 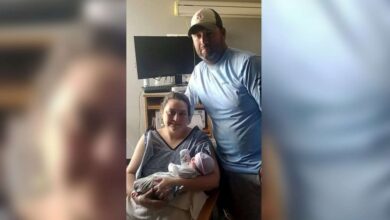 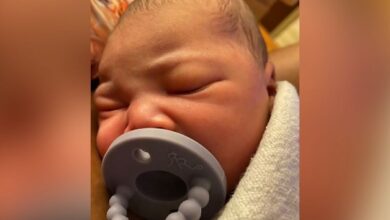