(NEW YORK) — With the steady march toward a safe, effective and authorized coronavirus vaccine, another race now runs alongside: how to dispatch tens of millions of doses across every corner of the nation and globe, and do it safely, securely and swiftly. The solution will involve complicated logistical calculus, experts say, no matter which vaccine gets across the finish line first.

Pfizer’s vaccine is likely to be the first to be granted authorization by the Food and Drug Administration, followed by one created by Moderna, and then possibly vaccines from AstraZeneca/Oxford and Johnson & Johnson, if the efficacy and safety data prove solid.

The U.S. government has promised a goal of “shots in arms” within 24 hours of FDA authorization of the first COVID-19 vaccine.

All about the money

Those responsible for the cross-country relay — state and local public health officials and supply chain experts — have hustled to marshal their resources, even as shortage concerns linger and officials warn the federal dollars they have received so far will not be enough.

“There’s a light at the end, but that tunnel is still very long,” Dr. Nirav Shah, director of the Maine Center for Disease Control and Prevention, told ABC News. “We at the state level will soon be handed the baton and we need additional funding support from the federal government. What’s at stake is nothing short of the velocity and equity with which we can get this vaccine to everyone in need.”

More than a dozen states have told ABC News they will likely need additional funding, or are awaiting additional funding. In response to concerns raised by the National Governors Association, Operation Warp Speed has said it is in the process of planning to make additional funding and resources available to support vaccine operations, information systems and communications campaigns, though some officials still say more will be needed.

“Without those additional resources, it will be like putting up tent poles without having a tent,” Shah said. “We’ve got to think through literally everything, from when the vaccine enters our borders to the time it goes into somebody’s arm for injection.”

That “last mile” of distribution may pose the rockiest stretch of the journey, experts say. Getting the vaccine from a central transportation hub to its final destination at local hospitals and pharmacies across the country will require unprecedented coordination and delicately calibrated conditions.

The U.S. government estimates having 40 million doses — enough for 20 million Americans — by the end of this year if the FDA provides authorization in early December. About half of those vaccine doses will be provided by Pfizer, with the other half by Moderna.

Pfizer’s vaccine must be stored at temperatures colder than Antarctica in winter: roughly minus 94 degrees Fahrenheit. Doses would ship in dry ice thermal containers, stored either with replenished dry ice for up to roughly two weeks or stored in ultra-low temperature freezers. Moderna’s vaccine also requires cold storage, though not as extreme: It can be stored around minus 4 degrees, the same as a commercial freezer.

Manufacturers, logistics providers, federal and state governments and health care systems have been shoring up their cold chain infrastructure for months, lining up equipment and transportation capacity.

The Centers for Disease Control and Prevention told states and localities not to buy ultra-cold freezers for now, since the Pfizer vaccine will be shipped with dry ice “pizza boxes” that can keep it viable for up to 15 days, as long as there’s fresh dry ice available. It can then last five additional days in a conventional freezer.

In mid-October, the nation’s governors penned a letter to the Trump administration with several concerns, including ultra-cold freezer and dry ice supply, and seeking clarity so that “no one is caught flat-footed when the time comes to vaccinate people.”

“There may be issues with [the] COVID vaccine; the supply of dry ice will not be one of those issues,” Gottwald said.

Still, some dry ice manufacturers and distributors are echoing those earlier warnings.

“Our system is already taxed beyond what the supply is right now,” Tim Koerner, co-owner of the American Carbonation Corporation, told ABC News. “It could be close to sufficient, but it’s gonna be tight.”

UPS announced Wednesday it’s ramping up dry ice production capabilities and launching a mobile freezer storage unit supply, noting “a major spike in demand” and the need to “plan for what some analysts fear may be a dry ice shortage” amid vaccine preparation.

Public health authorities and hospitals who can afford the investment are acquiring ultra-cold freezers, despite CDC guidance, to maintain supply chain agility.

Unsure how much vaccine they’ll be receiving, David Reich, president of The Mount Sinai Hospital and Mount Sinai Queens, said they had bought a number of the freezers to be ready for whatever comes.

Henry Ford Health System in Michigan announced Wednesday it had received and begun installing six specialized freezers for the Pfizer vaccine, and six other freezers for the Moderna vaccine.

Demand has “dramatically increased,” Stirling Ultracold CEO Dusty Tenney told ABC News. Sales are up 250% since the first quarter, with backorder times up to six weeks.

“There is a lot riding on everyone right now to make sure this is successful,” Tenney said.

An onboard computer tracks temperature through the cold chain’s many handoffs “to ensure that when they do arrive, there’s no waste or loss associated with the vaccine’s efficacy,” Tenney said.

“Our job is to make sure nowhere in that process does it break down,” Tenney added.

Stirling Ultracold hopes to have 2,000 portable freezer units in use by January. Each portable unit can hold 6,000 doses, allowing for 12 million of them throughout the country at a time.

“We were concerned about the freezers, and so we quickly purchased and pre-positioned them at certain sites along the health system,” Jarrett, from Northwell Health, said. “That’s one thing we’ve learned in COVID — was try and be ahead of the curve.”

“You can’t strap [vaccine] on the back of ‘Bob’s truck,'” Shah said. Maine has received $800,000 in federal funding so far, and “significantly more will be needed,” as they ramp up logistics and manpower.

Who gets the vaccine and when?

Not all the vaccine candidates share the need for shipping in extreme temperatures. In addition to Moderna’s, which can be held in most standard freezers, the vaccines from AstraZeneca/Oxford and Johnson & Johnson don’t need to be frozen at all and can be safely stored for months in a standard refrigerator.

But all vaccine shipments will face logistical problems for one reason or another.

“We need to address the fact that all last miles in this country are not equal. If logistics work against our most-vulnerable populations, we will further exacerbate the impact of this pandemic,” said Dr. John Brownstein, an epidemiologist at Boston Children’s Hospital and ABC News Contributor.

“We’ve already seen the incredible divide when it came to testing — increased travel times for counties with lower population density and higher percent of minority and uninsured. Will the challenges of cold storage and the requirement for two doses further exacerbate health inequities when it comes to immunizations?” Brownstein continued. “We’ll need further analysis to understand how these logistical challenges intersect with fair and equitable access.”

“We have to be ready for all of it,” said Dr. Abinash Virk, infectious disease specialist at the Mayo Clinic. “It’s a complicated process now happening at supersonic speed.”

Figuring out which front-line staff has priority for the injection’s first wave, organizing electronic medical systems and data communication must be done before the first shot and before knowing which vaccine will be the one they’re giving, Virk said.

“Pfizer has the most restrictive storage and transport requirements,” Virk said. “If we’re able to handle that, then, the subsequent ones, hopefully, will be able to handle much easier.”

Vaccines requiring two doses offer their own unique coordination: Pfizer’s needs a booster after 21 days while Moderna’s requires one after 28 days. That means ensuring the right shipment arrives in time for the patient who needs their second dose.

That could get harder in remote areas.

“All this will be unfolding as the vaccine is literally rolling in trucks to get there,” Dr. Robert O. Williams III, of the University of Texas at Austin’s Division of Molecular Pharmaceutics and Drug Delivery, said. “For rural areas that don’t have the same infrastructure and cold infrastructure, that’s an added challenge.”

“We’re the last mile. And that’s sometimes the toughest mile,” Jarrett said. “And there may be hurdles, but that’s never going to stop us from doing the right thing.” 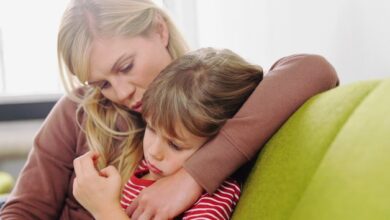 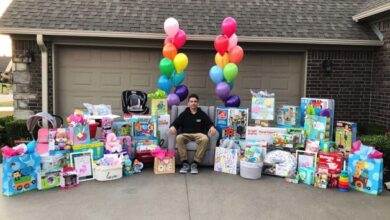