Courtesy Sony Pictures (LOS ANGELES) — Kristen Stewart is counting down the days until her holiday film, Happiest Season, premieres on Hulu on November 25.  The film, an LGBT rom-com, is a project that is very near and dear to the actress’ heart for many reasons.

When speaking Monday with Variety, Stewart opened up about the privilege she’s had to act in some of major Hollywood blockbusters — like the Twilight saga — but also expressed how much she enjoyed bringing Happiest Season to life.

“If you boil down the story to what it’s actually about, it’s a full-grown woman, like a 31-year-old woman, coming out to her family. I mean, generationally speaking, that is remarkable,” the Charlie’s Angels star noted. “And it is so unremarkable in terms of how accelerated that growth has occurred — we didn’t have a movie like this just a couple years ago.”

However, with Hollywood aiming to include more LGBT voices in the future, the 30-year-old actress hesitated when asked if gay characters can only be played by gay actors.

At first, Stewart admitted she “would never want to tell a story that really should be told by somebody who’s lived that experience,” but quickly saw the issues that could potentially arise from implementing such restrictions.

“It’s a slippery slope conversation because that means I could never play another straight character if I’m going to hold everyone to the letter of this particular law,” she elaborated.  “I think it’s such a gray area.”

She later amended that if a community has an issue with an actor cast in a particular role, they should bow out. 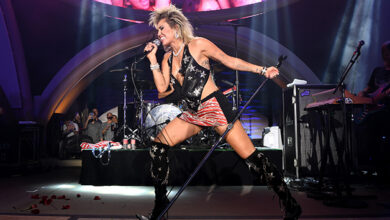