(WASHINGTON) — President-elect Joe Biden is moving forward with transition plans, capping a tumultuous and tension-filled campaign during a historic pandemic against President Donald Trump, who still refuses to concede the election nearly two weeks after Biden was projected as the winner — and is taking extraordinary moves to challenge the results.

Running out of legal alternatives to override an election loss, Trump has invited Michigan’s top Republican state lawmakers to visit the White House on Friday, as he and allies pursue a pressure campaign to overturn results in a state Biden won by more than 150,000 votes. He’s also scheduled to deliver remarks on prescription drug prices in the afternoon.

Since the election, Trump has held just two public events at which he has spoken, opting instead to largely hunker down inside the White House while his administration stonewalls recognizing Biden as the president-elect.

Despite Trump’s road blocks, Biden is forging ahead and stepping into the presidential spotlight. He and Vice President-elect Kamala Harris are scheduled to meet with House Speaker Nancy Pelosi and Senate Democratic Leader Chuck Schumer in Wilmington, Delaware, on Friday.

Though Trump has alleged widespread voter fraud, he and his campaign haven’t been able to provide the evidence to substantiate their claims with the majority of lawsuits already resulting in unfavorable outcomes.

After Michigan Secretary of State Jocelyn Benson said on CNN Friday morning that House Speaker Lee Chatfield texted her while she was on air and said he hasn’t confirmed if he will be heading to the White House, a source familiar confirms that he is still going to Washington for an expected meeting with Trump.

“I know both the speaker and the senate majority leader well. They’re folks who do respect the law. They’re folks who is do follow the rule of law. And so, again, you know, I’ll take their public statements for what they are, which is that they’ve said that they stand with the will of the voters,” Benson said.

Amid the confusion over whether the speaker was still going, the Senate Leader was spotted at the airport Friday morning and was met by a few protesters, who were chanting “protect our votes” while holding signs that say, “uphold our democracy,” according to video shot by local reporter Charlie Langton.

During Benson’s interview, asked if she has any concerns about the pressure Trump could put on the two GOP leaders in a one-on-one meeting, she said, “regardless of anyone’s power of persuasion, you can’t persuade away the facts and the truth.”

“It’s very clear that the voters of Michigan have spoken, the election has occurred, the vote has been tabulated and tallied very securely, very accurately. There’s no legal or factual basis to question that. There’s been no irregularities, no widespread fraud, despite significant scrutiny and folks looking for that,” she continued.

She also reiterated again that every county has certified “despite some confusion” — a nod to the back-and-forth in Wayne County.

Running out of legal options to override an election loss, Trump is resorting to raw political pressure — using the powers and prestige of the presidency to target battleground states and try to overturn the results of the election.

In an extraordinary last-ditch gambit, Trump has invited Republican members of the Michigan Legislature to the White House Friday, as he attempts to thwart the electoral process in a state Biden won by more than 150,000 votes.

The aim appears to be for Trump to influence the lawmakers ahead of the state’s board of canvassers meeting on Monday so they would try to override the certification of the state’s vote — setting up the potential for the GOP-controlled legislature to choose its own slate of pro-Trump electors to vote for the president at the Electoral College’s December meeting.

The prospect of the Michigan legislature intervening in a process that it is not involved in by state law is not one that has been publicly embraced in Lansing. And on Capitol Hill, at least one Republican is slamming Trump’s decision.

Sen. Mitt Romney of Utah, the only Republican who voted to remove Trump from office during his impeachment trial, eviscerated the White House invitation, saying, “It is difficult to imagine a worse, more undemocratic action by a sitting American President.”

Trump is putting similar pressure on Georgia’s GOP Gov. Brian Kemp — who, following a hand-count audit affirming Biden as the winner, now must sign the state’s vote certification by Friday at 5 p.m. — calling on him a tweet to “get tough.” Trump could request a recount in the state, but he still trails Biden by just over 12,000 votes.

The president may try to flip Arizona as well — where the state’s GOP governor has said he wait until the legal challenges play out — but with a string of, so far, unsuccessful legal challenges to the results from and unsubstantiated claims of fraud from the Trump campaign and its allies, there are no viable pathways left for the president.

Trump, who typically relishes in the spotlight, has largely hunkered inside the White House since the election, but he may break his silence on Biden’s transition with a public appearance at 2:30 p.m. to talk prescription drug prices.

Biden, meanwhile, is pressing forward with what he can while the Trump administration continues to stonewall his ascertainment. He’s meeting with House Speaker Nancy Pelosi and Senate Minority Leader Chuck Schumer in Wilmington, Delaware, Friday where they’re expected to address Trump and the prospects for passing another COVID-19 relief bill that Biden wants.

It all comes as Senior House Democrats seek to have Emily Murphy, the embattled administrator of the General Services Administration, explain why she’s refused to formally acknowledge Biden apparent victory over Trump — and are demanding a briefing from her by Monday.

Secretary of State Brad Raffensperger appeared at the Georgia State Capitol in Atlanta for the first time since he announced the state would conduct a full by hand recount of votes in the presidential race, to affirm that with the audit’s completion, he’s confident Biden has won the state of Georgia.

In brief remarks, Raffensperger said that he’s “disappointed” Trump, whom he said he was a “proud supporter of,” didn’t win in Georgia, but as an engineer, he has to follow the numbers, and he believes the results of this election are correct.

Raffensperger’s deputy, Jordan Fuchs, said that the secretary would certify the results after the press conference and the completion of that would be announced in a press release. The Trump campaign still has until Tuesday to request a recount.

At the top of his remarks, Raffensperger also addressed the anger over the outcome and audit’s process — seen from the president and his Republican allies — who have attacked Raffensperger throughout the process and called him to resign.

“Close margins of voters leads to fights that are as fierce after Election Day as the campaigns before,” he said. “Close elections sow distrust. People feel their side was cheated. We saw this from the Democrats in 2018. And we see this from Republicans today.” 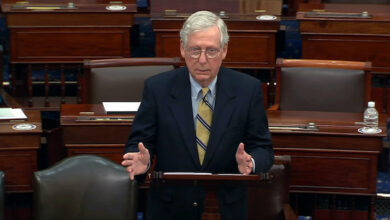 McConnell responds to critics after voting to acquit Trump 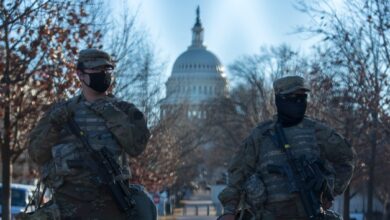 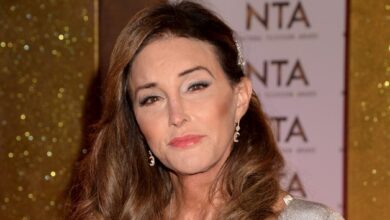