Andrew Eccles/Universal Pictures(SOUTH CAROLINA) — The news of the September 13 cancer-related death of a super fan of both of Halloween the holiday and Halloween the movie has now gone viral.

Twenty-nine year old Anthony Woodie married his longtime girlfriend Emilee on that date, in a ceremony in South Carolina that was officiated over the phone by ordained minister — and Halloween star — Jamie Lee Curtis.

According to the Post and Courier, Woodie, suffering from Stage 4 esophageal cancer, passed away just minutes later.

This past summer, Woodie, along with the manager of his local movie theater and Emilee, were the first to see the yet-to-be released Halloween Kills.  The final wish was granted by the movie’s backers, Rough House Productions.

Curtis learned about Woodie’s story afterward, and reached out to him. Not only did they speak on the phone, but she sent him some movie merch, and offered to officiate their wedding on September 13.

By the time the big day came around, however, Woodie’s condition was dire; according to the paper, he fell unconscious, and never awoke. But Woodie was still able to marry Emilee, with his family around him,

At 10:30 p.m. that night, Curtis called and, over the phone, conducted the ceremony. She reportedly said,  “Anthony and Emilee…May the blessings of God rest upon you, may his peace abide with you, may her spirit illuminate your heart now, in this moment.”

“With the power vested in me by the Internet, it is my great pleasure to tell you that you are now married people,” the star concluded.

His new bride called Curtis the next day to tell her the news; the two remain in touch, according to the paper. 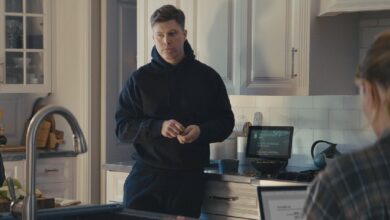 All aboard: COVID-delayed 'Disney’s Jungle Cruise' to premiere in theaters and on Disney+ Premier Access on July 30