(WASHINGTON) — More than two weeks since the election, President Donald Trump remains dug in at the White House, refusing to concede and to help his successor deal with critical and urgent issues: the pandemic and national security.

Since becoming a lame-duck president, Trump has not only blocked cooperation with the incoming Biden administration, he has remained largely silent as the COVID-19 pandemic dramatically worsens nationwide; an average of 1,000 Americans have been reported dead each day since the election and the total now has topped the 250,000 milestone.

And when his acting secretary of defense announced Tuesday that the United States would withdraw thousands of troops from Afghanistan and Iraq, Trump was nowhere to be seen — or heard, even on his usually active Twitter feed. He has not uttered or written one word publicly about five American soldiers who died in Egypt last week.

Republican leaders have so far signaled a willingness to let Trump continue to spew falsehoods about the electoral process and propagate baseless claims of fraud, allowing the president to act on his own timeline.

But a growing number of the president’s supporters are joining President-elect Joe Biden and Biden’s team in calling for Trump to let him receive presidential-level intelligence briefings, and to coordinate with Biden’s team on the coronavirus pandemic. Delays, they say, could threaten public health and the nation’s security.

The president has remained largely out of public view in the time since his defeat, venturing away from the White House grounds only to make weekend visits to his Virginia golf club and once for a Veterans Day event at Arlington National Cemetery, also in Virginia. In total, he has made only three public appearances since election night — and has not taken questions from reporters since Nov. 2.

The president’s uncharacteristic isolation now seems likely to extend through Thanksgiving, with the first lady’s spokesperson announcing Tuesday that the first family will remain at the White House for the holiday in a break from the Trump tradition of spending the holiday in Florida at the president’s Mar-a-Lago club.

As the president clings to the Oval Office from which he is now set to depart in two months’ time, he has been staying in the West Wing later into the evening hours than has been his usual practice — with little to show for the long hours. The president’s public schedule remains largely devoid of any publicly announced events.

The president’s absence from the public stage has raised questions about whether he still has interest in governing.

White House press secretary Kayleigh McEnany, whose dual role as a government official and an adviser to the president’s re-election campaign has caused confusion and raised ethical concerns, on Wednesday insisted the president remains engaged.

“The president’s hard at work – he’s hard at work on COVID, among other issues, drawing down our number of troops in Afghanistan and Iraq, bringing our men and women home,” McEnany said in an interview with Fox News.

McEnany herself has not held a press briefing since Oct. 1.

Meanwhile, Vice President Mike Pence has continued to present some semblance of normalcy, attending the dignified transfer of the American soldiers’ remains this week, leading sessions on the coronavirus pandemic and meeting with Senate Republicans on Capitol Hill.

While Trump has generally avoided the public eye, he has purged a number of top officials he believes had crossed him in the past.

On Tuesday, he fired the leader of the top cybersecurity agency inside the Department of Homeland Security, Christopher Krebs, after Krebs repeatedly rebuked claims Trump and his campaign have made about widespread voter fraud.

The president’s chaotic exit is not only sowing instability at the senior levels of his administration but has also set up roadblocks from the incoming administration’s transition process.

His refusal to concede has prevented the Biden transition team from accessing the funding, government information and resources and intelligence that are typically extended to an incoming administration.

The federal agency responsible for allowing the winning team access to staff and resources within federal agencies, the General Services Administration, has so far not declared a winner — or “ascertained” one, in its parlance.

Biden and Vice President-elect Kamala Harris on Tuesday received a briefing from national security experts — but missing were officials currently serving in the federal government, since the Trump administration has forbade them from working with Biden.

Biden’s transition team and public health experts have argued that any delay on COVID-19 coordination could impact the distribution of vaccines.

Trump’s favored morning television show, Fox News’ Fox & Friends, had a message for him Wednesday morning: Work with Biden, for the good of the nation.

But overwhelmingly, while most GOP senators seem to privately acknowledge the reality that Trump will not eke out a victory, they have publicly argued that Trump has “every right” to make legal challenges to the election until electors cast their votes and states certify their elections.

“I think he’s got every right to pursue the process,” Sen. John Cornyn, R-Texas, said Monday. “I have every confidence that come January 20 we will inaugurate a president and it’s probably going to be Joe Biden.”

But despite GOP senators publicly stating that the election result has yet to be settled, a different scene played out on the Senate floor Tuesday. A number of them congratulated Harris, who is currently a senator from California, and Graham even fist-bumped her.

Several have said they are fine with the transition being delayed despite the risks it could pose to national security and vaccine distribution efforts.

“I’m OK with moving at the pace it is,” Sen. Mike Braun, R-Ind., told reporters Tuesday.

National security briefings should be given to Biden, most senators agree, but on other types of briefings generally given to a president-elect, GOP senators have advocated for more time.

“I don’t think they need to know everything,” Sen. Roy Blunt, R-Mo., said of the incoming team. “I think they do need to know some things, and national security is one of them.” 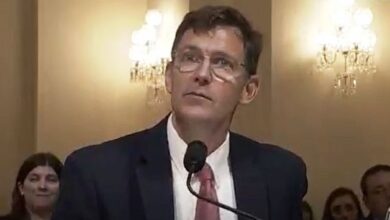 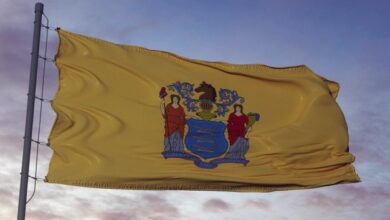 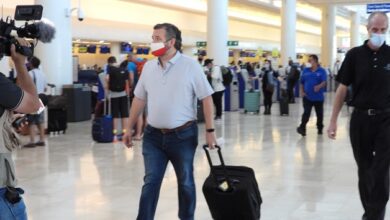 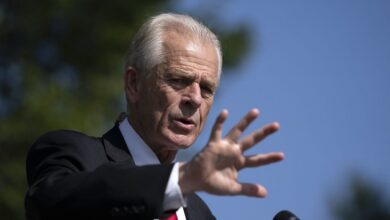