(WASHINGTON) — The Justice Department’s inspector general released a report Tuesday that “identified numerous failures” in how staff at a federal prison in Oakdale, Louisiana, responded “to the COVID-19 outbreak” at the facility, according to the report.

The Federal Correctional Complex at Oakdale suffered the first coronavirus-related death in the federal prison system, and as of Nov. 8 had 256 confirmed cases and eight inmates who died as a result of COVID-19 complications among its approximately 1,800 inmate population, according to the inspector general’s report.

The report found that Oakdale “failed to promptly implement” the Bureau of Prisons’ nationwide screening guidance for inmates that had been issued in January and that the prison did not limit inmate movement as the policy recommended when it identified the first COVID-19 positive inmate on March 21.

The investigation also found that during a major outbreak at the facility in mid-May, when it identified nearly 100 asymptomatic inmates who were COVID-19 positive, the prison “failed to comply with BOP and Centers for Disease Control and Prevention isolation, quarantine, and PPE guidance.”

“Some inmates who had tested positive were left in their housing units for up to six days without being isolated,” the office said Tuesday. “Moreover, staff who supervised these inmates were not advised that they would be interacting with COVID‑19 positive inmates and were not furnished proper PPE prior to the inmates’ isolation.”

​The report further found that while workers at the facility said they had sufficient PPE, “some staff did not have, and in some cases did not understand the necessity of wearing, proper PPE when in close contact with infected or potentially infected inmates.”

The report noted that the office had separately examined how another prison just 53 miles away, FCC Pollock, worked to control the spread of the virus — despite having nearly 1,000 more inmates in its population than Oakdale. Pollock has only had 52 inmates test positive for the virus with zero deaths as of the IG report.

The report notes that Oakdale’s layout may be partially to blame, noting that at its low-security satellite camp it is “inherently difficult to socially distance inmates” while at Pollock most inmates are housed in two-man cells.

Oakdale has previously been the subject of scrutiny over its handling of the virus.

In April, the American Civil Liberties Union in a court filing brought forth claims from prisoners who alleged they were being “jammed together like sardines” and that inmates were “coughing all night long” in their bunks in close quarters at the height of the virus’ spread in the institution. A federal judge later rejected the ACLU’s efforts to compel the BOP to release certain federal inmates in the case after the bureau defended Oakdale for “numerous steps” it had taken “to mitigate the spread of COVID-19 at each of its facilities.”

A prison worker’s union separately filed a complaint with the Occupational Safety and Health Administration in June that accused the former warden of the prison, Rodney Meyers, of failing to isolate inmates who had tested positive for COVID-19.

Meyers was reassigned away from the prison in May. The Bureau of Prisons did not respond to requests for comment from ABC News on the reasons for his reassignment.

The IG’s office said its findings are part of a broader ongoing review across the federal prison system in how facilities are managing the COVID-19 crisis that’s intended to assist the BOP and Justice Department in identifying strategies to limit the virus’ spread among inmates and staff.

A BOP spokesperson did not immediately respond to a request for comment Thursday from ABC News on the inspector general’s investigation. 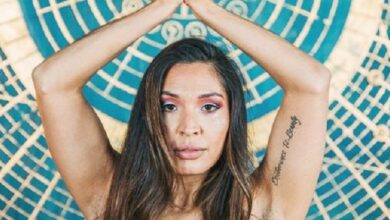 Former TV producer opens up about how yoga changed her life 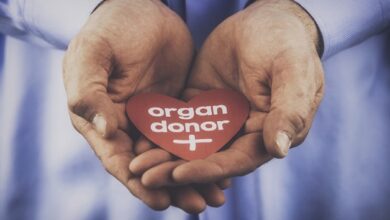