Jason Nocito/GQ(LOS ANGELES) — (NOTE LANGUAGE) Did George Clooney really give his best buds a million bucks in cash each?  The Oscar-winning actor and producer gets candid about that rumor and more in the cover story of GQ‘s new Man of the Year issue.

Clooney detailed the Ocean’s Eleven-like scene of picking up the cash in a florist truck, and later presenting a Tumi bag with $1 million bucks each to those 14 friends.

Not that his life’s without problems.  A head injury on the set of 2005’s Syriana left Clooney in so much pain he contemplated suicide.  Then in 2018, he suffered a serious motorcycle accident in Italy. As he and producing partner Grant Helsov waited for an ambulance, looky-loos were filming him on the pavement.

“I’m not a cynical guy,” Clooney says. “But I’ll never forget the moment that what I thought might be my last few moments was for everyone else a piece of entertainment.”

As a result of both incidents, Clooney’s been in “constant discomfort” for 15 years.

Like millions of us, Clooney’s been sheltering in place at home lately. “I cut my own hair and I cut my kids’ hair and I’m mopping it and vacuuming and doing the laundry,” he declares, adding, “I feel like my mother in 1964. You know, I understand why she burned her bra.”

And though once an avowed bachelor, Clooney says his marriage to human rights attorney Amal Clooney has changed his life. “I didn’t know how un-full it was until I met Amal,” he says. Chrissy Teigen explains how her pregnancy loss inspired her sobriety 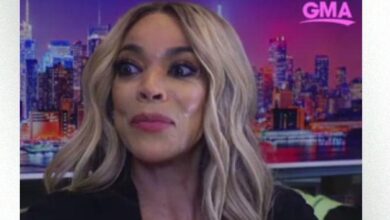