(NEW YORK) — Despite scientific evidence that widespread mask wearing slows the spread of coronavirus and benefits the economy, as of mid-November, 16 states did not have statewide mask mandates in place.

While public health experts have repeatedly stressed that masks can prevent sick or asymptomatic people from spreading the virus to others, recent research indicates that masks also protect the wearer.

“It’s a two-way street,” Dr. Anthony Fauci said on MSNBC earlier this month. “You protect others. Their mask protects you and your mask also protects you.”

Dr. Francis Collins, director of the National Institutes of Health, stressed the importance of universal mask wearing in an NIH blog post he published.

“If 95 percent of people in the U.S. began wearing masks in public right now, the death toll would drop by March,” Collins wrote, citing an Institute of Health Metrics and Evaluations study published in JAMA in October.

“If most Americans pulled together to do the right thing and wore a mask in public, this simple, selfless act would save more than 130,000 lives in the next few months alone,” he added.

In addition to saving lives, wearing masks could also improve the economy. According to an economic analysis of U.S. data that the Centers for Disease Control and Prevention highlighted, “Increasing universal masking by 15% could prevent the need for lockdowns and reduce associated losses of up to $1 trillion or about 5% of gross domestic product.”

President-elect Joe Biden has also indicated that he’ll push governors to issues mandates in their states. “You can go to every governor and get them all in a room, all 50 of them, as president, and say ‘ask people to wear the mask,'” Biden told George Stephanopoulos during an ABC News Town Hall in October.

“Everybody knows [they work],” Biden added.

Pandemic helped cause biggest drop in US life expectancy since WWII, study finds

COVID-19 vaccines safe for kids despite rare heart complication: What parents should know

Pandemic helped cause biggest drop in US life expectancy since WWII, study finds

COVID-19 vaccines safe for kids despite rare heart complication: What parents should know 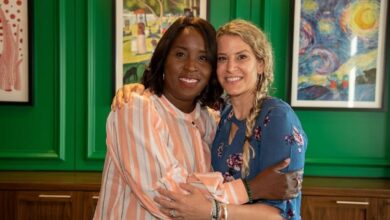 Coworkers donate their kidneys to save each other’s husbands 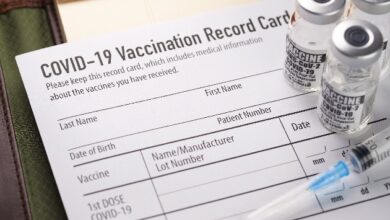