(WASHINGTON) — President-elect Joe Biden is moving forward with transition plans, capping a tumultuous and tension-filled campaign during a historic pandemic against President Donald Trump, who refuses to concede the election despite a growing list of foreign heads of states moving on and recognizing Biden as the winner.

Since Biden was projected the winner, Trump has largely hunkered down inside the White House — the longest stretch of silence of his presidency — ceding the presidential leadership spotlight to the man he mocked. Biden, meanwhile, is pressing forward, meeting with transition advisers in Delaware and calling Trump’s refusal to concede “an embarrassment.”

The Biden transition team and the Trump administration are in a standoff over whether Biden should be granted access to federal resources allocated for the transition of power. The General Services Administration (GSA), headed by a Trump appointee, has yet to officially recognize Biden as the victor in the election, preventing Biden’s team from gaining full access to government funds and security information.

But a growing number of Republican senators are calling on the administration to start giving Biden classified intelligence briefings, a sign that support for Trump’s refusal to concede the election may be waning among his allies on Capitol Hill.

Trump had falsely declared on election night, when he held a lead in several key states, that he won the contest and alleged without evidence after the count started to swing the other way, that the election was being stolen from him and that fraud had been committed. He has continued that line of attack ever since.

Now his legal team is waging battles in an effort to reverse the election results, but so far his lawyers have been unable to produce evidence of widespread fraud that would change the results.

After a week of Trump campaign staffers answering a “voter fraud” hotline as Trump’s team continues to search for evidence of voter fraud, the number is no longer operational, and the campaign is now directing people to its online form instead, multiple sources tell ABC News.

As ABC News reported, that hotline was getting flooded with prank calls, and lewd images were being sent through the online form set up to collect voter fraud claims.

The news comes as the Trump campaign is significantly downsizing staff starting next week with only a small number of staffers receiving an extension through the end of the month, multiple sources said.

As the balance of power in the Senate — and Biden’s subsequent ability to pass the big-ticket legislation he’s hoping for — hangs on two election runoffs in Georgia, Republicans are rallying to “Defend the Majority” as Democrats see promise in the purple state.

Loeffler is facing a challenge from Rev. Raphael Warnock, senior pastor at the historic Ebenezer Baptist Church in Atlanta, while Purdue is facing Jon Ossoff, who nearly flipped Georgia’s 6th Congressional District for Democrats in a special election in 2017.

The runoff elections will be held on Jan. 5.

Biden issued a statement Friday morning remembering the five-year anniversary of the ISIS terrorist attacks in Paris and pledging to restore and improve cooperation with allies as president.

“This was an assault not just on the people of Paris but against our common humanity and shared values,” Biden wrote. “My administration will work steadfastly to protect the safety and security of Americans and our allies and partners, countering terrorism and extremist violence in all of its forms — no matter the ideology or origin.”

While Trump has taken an isolationist approach to foreign policy, pushing the slogan, “America First,” Biden ran — and won — on a platform of restoring relationships with foreign allies.

Amid heavy criticism that Trump has demonstrated little to no evidence that he is engaged in leading on the coronavirus pandemic in the post-election season, and as cases continue to rise, his public schedule for Friday shows he’s slated to receive an update on Operation Warp Speed, his administration’s plan for a coronavirus vaccine.

The meeting comes in the same week the drug company Pfizer said that its COVID-19 vaccine may be 90% effective. Trump questioned the timing of Pfizer’s announcement earlier in the week, saying it didn’t “have the courage” to announce a vaccine before the election.

Trump last addressed reporters eight days ago — the longest stretch of silence in his presidency –as he meets with advisers behind closed doors to discuss his options forward.

On Friday, Biden is in Rehoboth Beach, Delaware, continuing to meet with transition advisers.

Nov 13, 10:40 am
Audit of presidential race begins in Georgia

County election officials in Georgia have begun the time-consuming, labor intensive process of auditing — by hand — every one of the state’s nearly 5 million votes cast in the presidential race.

The audits — which stem from a state law, not because of any suspected problems with the results — must finish by midnight next Wednesday, so many election workers will continue through the weekend to complete it in time.

Biden is currently leading in Georgia by a wide margin of roughly 14,000 votes, so it’s unlikely Trump will overcome his lead in an audit — which rarely change election outcomes.

However, with Biden’s win in Arizona overnight, he wouldn’t even need Georgia’s 16 electoral votes to win. If the audit were to somehow, despite all odds, flip the state in Trump’s favor — and if Trump were to also take North Carolina as he’s on track to — he would be at 248 electoral votes, still short of the 270 needed to be president. 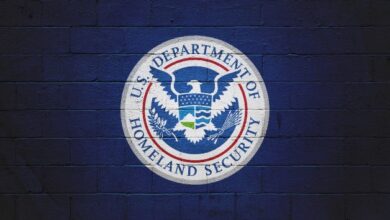 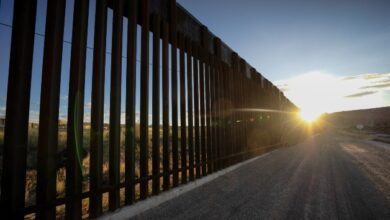 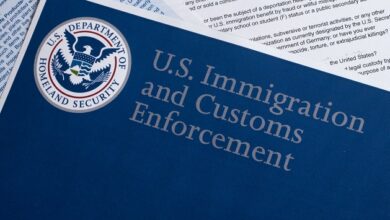 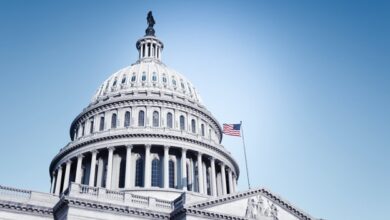