Safety calls, which are mock FaceTime calls that users can turn to if they ever feel unsafe while walking home or in a rideshare, are now emerging on the platform. On screen, a user sees text prompts that they can respond to as if they’re actually on a call to potentially deter an intruder or attacker.

“They definitely made me feel safer,” said Kristie Bloss, a 31-year-old musician and mother of two from New Port Richey, Florida. “I’ve had issues with people approaching me before and I was so excited to have that on my phone.”

Bloss first came across a safety call video from TikToker Mendy Perdew on her “For You” page in April and immediately re-posted it in case she ever needed it.

“I just wanted it accessible,” said Bloss, adding she had used the videos a few times while walking her dog or out riding her bike. “Her safety calls are so good because she has that sharp voice.”

Perdew, a costume designer and mom from Beaufort, South Carolina, said she started creating safety calls to help her friends and ended up sharing them on TikTok.

“I used to work in a mall and leaving it, walking out into a mall parking lot at 10 o’clock at night is terrifying,” Perdew told ABC News’ Good Morning America. “I think it’s safe to say we all face [similar experiences] at one time or another. That was why I created it just to help … my friends, my co-workers, my mom, because, you know, I have been in that position.”

Almost immediately, Perdew said she received requests to do more.

Craig Conrad, a father of two from Ohio, has also done several safety call videos for scenarios in which young college students are walking back to their dorm after class and even for kids who feel uncomfortable in rideshare situations. Like Perdew’s videos, Conrad provides a script for viewers to follow along.

“What I tried to do was catch all of the different needs that people were putting out there,” said Conrad, who mentioned the wave of responses from users who requested different safety call scenarios. “I would try to formulate a script that would be applicable in numerous situations or for numerous people in any situation that they might be in.”

Fifty percent of women in the U.S. reported feeling unsafe about walking alone at night, according to a 2019 non-scientific survey conducted by YouGov. Similarly, 59% of women in the survey said they did not feel safe when walking down an alley alone.

In situations such as taking a taxi or rideshare service, 13% of women reported feeling unsafe about getting in one by themselves.

Because of this, women reported to YouGov said that they tend to avoid these scenarios altogether. One quarter of women also said they never walk alone at night, compared to 8% of men who said the same.

Child advocate Callahan Walsh — the son of John Walsh, the co-founder of the National Center for Missing and Exploited Children and former host of America’s Most Wanted — said he sees a value in safety calls as an added layer of safety in sketchy situations.

“Sometimes just having a safety call on or having FaceTime with somebody, or having that camera rolling, could deter that predator from robbing,” said Walsh. “You could deter them from a sexual assault to really help prevent these crimes from happening in the first place simply because they think you’re on a video call.”

“It’s great to see that others are harnessing the power of technology, harnessing the power of social media to make sure children and young adults are safe not only on the platform but in the real world as well, too,” Walsh continued. “They’re really making sure that safety is not only in our everyday discussion, but they’re creating content and resources to help not only their children but to help make communities safer.”

But while these videos are a great tool in your arsenal, Walsh cautions that safety calls won’t protect you 100% of the time when you’re alone.

“There’s no magic silver bullet,” said Walsh. “People need to be vigilant when they’re on these videos. Make sure that you’re not buried in the safety video, just hoping and praying that it’s going to keep you safe. You have to stay aware of your surroundings.”

To keep the conversation going about safety, here are some tips to keep in mind and to discuss with your loved ones:

Turn on your camera on your phone

Nowadays, cameras are everywhere and they can help deter crime, but they’re not in every location. Walsh suggests that having your camera on or FaceTiming someone could scare predators in dangerous situations.

“They don’t want to be recorded when this is happening,” said Walsh. “They don’t want somebody on the other side seeing their face, especially if this might be uploaded to social media.”

Walsh says bad things have happened to people taking rideshare platforms in the past. But there are tips people can implement while taking them to stay safe.

First, Walsh says to let somebody else know if you’re using the rideshare service, when you’re being picked up and where you’re being dropped off. That way, if you end up not showing up or no one hears from you, then at least somebody has some details about your whereabouts.

Before stepping into a vehicle if you’re taking rideshare, Walsh says to double check the license plate.

“There have been instances where individuals have gotten into a stranger’s car, someone who wasn’t even offering rideshare and bad things have happened to them,” said Walsh. “So double check that license plate and then when you’re in the rideshare, use one of these safety videos or FaceTimes, a video chat or get on the phone.”

Another thing that rideshare customers should do when they step into a vehicle is know if child safety locks are on.

Conrad, who has done a few safety call videos for people in rideshare situations, says that being aware of your surroundings in these situations is super important.

“If you get into the back seat of a car with somebody that you don’t know and that child lock is engaged, it’s a wrap,” said Conrad. “You won’t be able to exit the car from the inside.”

One tip that Bloss had was to always send your location to a friend, even if you’re not taking a rideshare service.

“One thing I’ve always done my entire life no matter where I’m going, if I’m going alone, I always let at least one person know,” said Bloss, who explained that she typically sends a friend a quick message about where she’s going.

She said that you can send this notification a few ways: on messenger, through text or even Snapchat. 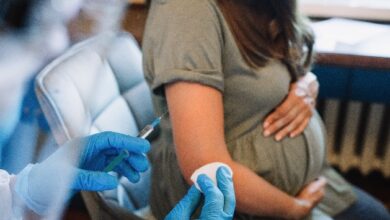 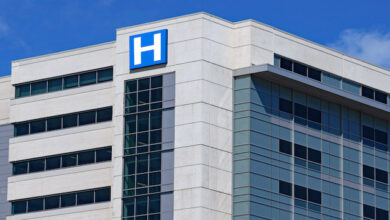 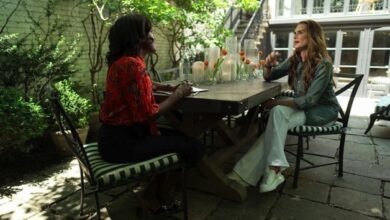 Creative places to get vaccinated are popping up around the country