In the reimagined film, which is based on Roald Dahl’s classic book and the original 1990 film, Hathaway, 37, portrays a witch but, unlike in the novel, the witches have three long fingers instead of claws, which upset members of the disabled community.

Paralympic swimmer and Para-triathlete Claire Cashmore, who was born without a left hand, was first to go public with the criticism, claiming the movie’s portrayal could stigmatize people who had similar disabilities.

“Your arm is so scary’ ‘Your arm makes me feel sick’ These are just a few comments I received growing up,” the athlete and activist said in part on her Instagram feed, which featured a photo Hathaway’s character sporting six long, clawed fingers.
In response, the Oscar winning actress made a public apology.

“I have recently learned that many people with limb differences, especially children, are in pain because of the portrayal of the Grand High Witch in The Witches,” she wrote in an Instagram post on Thursday, November 5.

“Let me begin by saying I do my best to be sensitive to the feelings and experiences of others not out of some scrambling PC fear, but because not hurting others seems like a basic level of decency we should all be striving for,” she continued. “As someone who really believes in inclusivity and really, really detests cruelty, I owe you all an apology for the pain caused. I am sorry. I did not connect limb difference with the GHW when the look of the character was brought to me; if I had, I assure you this never would have happened.”

Hathaway added, “I particularly want to say I’m sorry to kids with limb differences: now that I know better I promise I’ll do better. And I owe a special apology to everyone who loves you as fiercely as I love my own kids: I’m sorry I let your family down.”

The mother of two also encouraged others to educate themselves and check out the nonprofit Lucky Fin Project, which is dedicated to those in that community, “to get a more inclusive and necessary perspective on limb difference.” 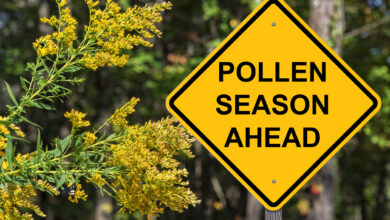 Five Free Ways to Deal with Allergy Season this Year Halloween inspo: Mindy Kaling dresses up as Devi from her show ‘Never Have I Ever’