Amy Sussman/WireImage(LOS ANGELES) — After reports surfaced last month that Joaquin Phoenix and Rooney Mara welcomed their first child together, the couple finally broke their silence about being first-time parents when speaking about the ongoing child separation crisis at the U.S. border.

“Last week, we learned that the parents of 545 children separated at the border by immigration officers have not yet been found. The weight of that number is staggering,” the couple decried in an open essay to People on Monday.

“As new parents, it’s unbearable to imagine what it would feel like to have our child taken away from us for a day, let alone years,” the pair furthered. “The policy of family separation continues to damage children and parents across the world, more than two years after it was ruled illegal by a federal judge.”

Mara and Phoenix encouraged citizens to have compassion for those that came to America.

“Some of those parents were fleeing threats from gangs or other forms of violence, and it is impossible to say what may have happened to them,” the couple lamented.  “For the children who remain separated from their parents, the damage will be lifelong.”

“How will it feel to explain to our son, when he asks us about this time and how we treated scared, defenseless children, some of whom may never see their parents again,” the two closed, asking readers if they support this version of America. “For the sake of our nation’s character, I hope we will be able to tell him that America unequivocally rejected this cruelty and demanded that our representatives did everything in their power to find those missing parents.” 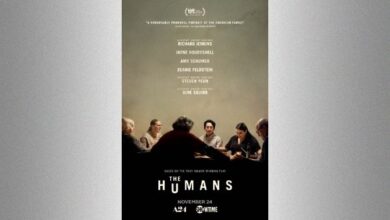 'The Humans' serves up a Thanksgiving feast full of family drama