(WASHINGTON) — With voting in the 2020 election well underway across the country, Americans are anxious to make sure their choices are counted with as few problems as possible.

Despite the mail-in and early voting processes appearing to go smoothly for the vast majority of people, there have been reports circulating on social media (as there have been in other election cycles) that have raised concerns.

Videos of long lines of people, even in the thousands, outside voting sites and reports of glitches with voting machines have gone viral over the last couple of weeks.

Despite these stories, election integrity experts told ABC News that voters should not necessarily panic or believe those instances are examples of voter fraud or intimidation. Most of those issues can be quickly addressed and resolved, according to Sylvia Albert, the director of voting and elections for the non-partisan watchdog group Common Cause.

“First and foremost, elections aren’t perfect,” she told ABC News. “Just like anything else, stuff happens and there are a lot of ways people can deal with that.”

Albert and another expert said most of these circumstances have been sporadic historically, but voters should alert poll workers and election officials if they believe there are any problems. They added that voters should be aware of a possible spread of misinformation and disinformation campaigns that use reports of problems at poll sites on social media and guard against possibly amplifying those false messages online.

Here are some of the most common potential issues seen at the polls, and tips from the experts on how to navigate them:

The most common reports from states with early voting this year are of people waiting to cast their ballots in long lines outside polling places.

In some recent cases, like in Florida, voters waited in the rain.

Albert said the long lines are a result of several factors, including limited polling locations put in place by election districts and large voter turnout. This year, COVID-19 has played a role in the lines as well, as polling sites limit the number of people allowed indoors at one time and require voters to be 6 feet apart.

The key thing that voters should be on the lookout for in this situation is how fast the line is moving, according to Albert.

“A long line that moves fast isn’t bad,” she said.

Myrna Perez, director of voting rights and elections program for the nonpartisan law and policy institute the Brennan Center for Justice, also reiterated that long lines might not be an immediate cause for concern. She noted that election offices across the country are not funded well enough and do not have the resources to plan for large turnouts.

“Talk to your election officials and leaders to do an autopsy on what went wrong and urge them to address it,” Perez told ABC News

Perez did note that while line issues at polling places may not necessarily signal an acute problem, they do speak to the larger issue of declining polling sites. And research from the Brennan Center released this summer found that Latino and Black voters are more likely to face long lines at the polls compared to their white counterparts, because of the insufficient polling locations in their communities.

“We don’t have enough responsiveness in the system to community needs,” Perez said.

In every election, there are reports of voting machines breaking down, leaving voters frustrated in line.

Albert said Common Cause’s research has found that these issues are sporadic throughout the country, since many of the machines are over a decade old, and that they are not a sign of malfeasance. She did note that the federal government approved two separate $400 million funding measures this year to help with election security and to make the sites COVID ready.

Albert noted that one complaint that frequently comes up during elections is malfunctioning touchscreen machines, which she said happens when those machines need recalibration.

In some previous cases, voters touched the screen for their preferred candidate, but the machine indicated that they selected another candidate, she said.

Albert said when that happens, voters should know that the erroneous vote is not logged until they give a final confirmation.

“If you’re in midst of voting and there is a calibration error, none of that is recording,” she said.

The voter should flag an election worker, report the problem and asked to be taken to a different machine, she said.

This year, election offices have reported a record number of applications for paper ballots, and voters have already begun to return their ballots.

Most states do not allow for paper ballots to be counted until Election Day, and voters may start to see images of unopened ballots piling up in election offices.

Perez said this should not raise alarms if voters see these images on Election Day or the following days, since the officials are following the rules and counting ballots accordingly. In a number of cases, ballots postmarked through Election Day are counted, even if they arrive afterward.

She added that many districts are gearing up for the increased paper ballot turnout.

“Many of those election boards are hiring staff and purchasing machines to make things faster,” she said.

The experts said voters should be prepared for all types of scenarios at the polls, and should not hesitate to report problems.

In addition to poll workers, election offices and attorney general offices, Common Cause has a hotline, 866-OUR-VOTE (866-687-8683), with staff who have direct lines to election officials, according to Albert.

“There are tons of organizations and lawyers who are out there and have your back,” she said. 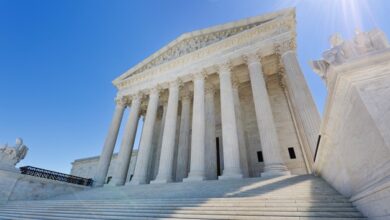 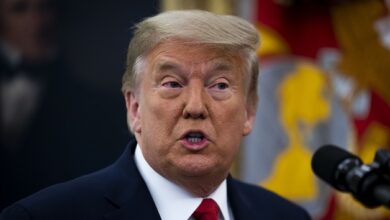 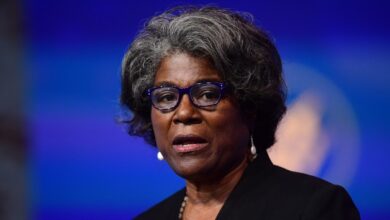