(WASHINGTON) — Local election administrators are scrambling to keep up with a crush of ongoing litigation winding its way through the courts, with some saying they feel like “yo-yos” caught in the middle of politically fraught legal battles over ballot deadlines and other voting rules.

County and municipal clerks are already navigating an election season burdened by unprecedented challenges — with the coronavirus pandemic bearing down on key swing states and a record-setting number of voters casting their ballots by mail.

“It’s like a yo-yo,” said John Gleason, the election clerk in Genessee County, Michigan — a key swing state. “We get a directive, then a judge says ‘no.’ We get another directive, and the appeals court says ‘no.’ It has not been easy.”

Partisans in at least 44 states have filed an unprecedented number of lawsuits tied to voting rules changes during the pandemic, according to a tally gathered by the Stanford-MIT Project on a Healthy Election — more than half of which remain pending or on appeal.

At issue in many of these cases are how voting is conducted during the pandemic and deadlines for absentee ballots being sent and received.

Democrats are generally seeking to extend ballot deadlines while Republicans are looking to impose a strict deadline of Election Day, a politically charged and consequential issue that could leave votes uncounted.

Many of the initial rulings in those cases have been appealed and overturned in higher state courts, placing the burden of the accompanying rule changes on election administrators, some of whom are volunteers. On top of that, some state courts have issued rulings that conflict with federal courts — a common occurrence under normal circumstances, but with just days before the election has contributed to the confusion.

“Election officials have already had to deal with tremendous changes this year to make sure elections run safely and securely for voters,” said Larry Norden, the director of the Election Reform Program at the Brennan Center for Justice.

“Last-minute changes are a burden to them and to their voters,” Norden added, “especially when courts are adding new restrictions that are confusing and lead to disenfranchisement.”

A development in Pennsylvania demonstrates the pressure on local officials. Before the Supreme Court on Wednesday declined to rule on litigation over mail-in voting deadlines, the state’s chief elections office directed county officials earlier that day to “segregate” any ballots received by mail after 8 p.m. on Election Day. The high court effectively granted the extension by deciding not to accept the case, which the majority justified by saying it was too close to the election to change the rule.

As a result of the Supreme Court decision not to wade into the case before the election, votes submitted on or before Nov. 3 will still be counted if received within three days of Election Day — as the state Supreme Court previously decided. The high court left the door open to revisiting the matter post-election.

“That type of thing can be confusing to voters and it can be a challenge for clerks to explain,” said Fred Miller, the election clerk in Macomb County, Michigan. “It has certainly been challenging, but in such a fluid environment, it’s to be anticipated.”

In Wisconsin, officials are grappling with similar challenges. The rule changes have “been constant,” said Sandy Juno, the Brown County clerk.

With just days until polls close, the particularly arduous back-and-forth court rulings is wearing down clerks — many of whom work only part-time and hold down other jobs. The cumulative stress brought on by the pandemic and the elections work is, for these purveyors of democracy, compounded by the uncertainty of these court-ordered rule changes.

“It’s extra work, it’s extra stress. Psychologically, it’s been a tough year for everybody – and we see it playing out with our clerks,” said Sue Ertmer, the Winnebago County, Wisconsin clerk.

Part of the challenge for election administrators is to follow new rules and adjust practices to accommodate changes. But perhaps a more important responsibility is to the voters — informing them of important updates that may impact their vote.

“We have noticed a higher than normal amount of questions from voters,” said Miller, of Macomb County, Michigan.

In Brown County, Wisconsin, Juno, the clerk, said that it is “electors who are hurt the most” by the 11th-hour rule changes.

“As election officials, we’re following these issues and we have access to a lot more information,” Juno explained. “It becomes really important to get that consistent message throughout the state.”

In some cases, Miller added, rulings in other states have forced clerks to play the additional role “correcting misinterpretations and misconceptions voters have” about rules that have no bearing on their home states.

In Ohio and Texas, for example, courts are grappling with how to handle the number of election mail drop boxes in each county. In Florida, a federal appeals court in September reinstated a requirement that paroled felons pay all court fines before regaining the right to vote.

Neither of those disputes have any bearing on voters in Michigan or Wisconsin, for example. But that hasn’t stopped voters from asking about them — placing an even greater burden on the clerks.

Despite the fallout from the deluge of litigation, there’s a silver lining: Election workers remain confident in their ability deliver a free and fair election.

“Although it’s frustrating, it’s not unexpected,” said Steven Urlich, the elections director in York County, Pennsylvania, where a slew of pandemic-related election cases are making their way through the courts on topics such as mail-in voting deadlines to alleviating signature-matching requirements for absentee ballots.

Earlier this week, the Supreme Court declined to review a lower court ruling that would have extended the deadline in Wisconsin for returning ballots in Wisconsin up to six days after Nov. 3.

The ruling infuriated voting rights advocate, but Juno viewed the decision in a different light.

“I’m actually kind of relieved that we’re not going to accept any [ballots] after Election Day,” Juno explained. “Because if we did, we would probably end up with more lawsuits.” 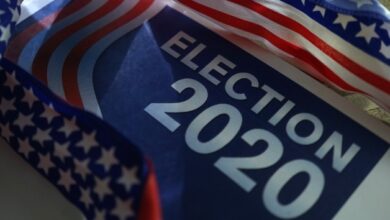 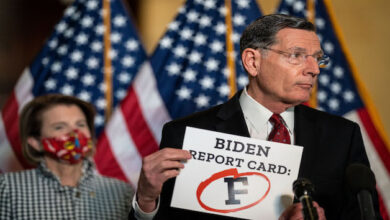 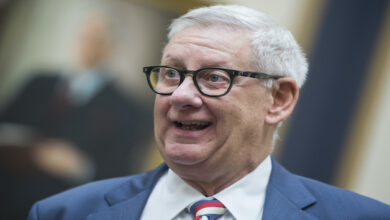