(NEW YORK) — Anyone who has watched Election Day coverage in the past, or is excited to do so in a hotly contested 2020 election, has probably heard anchors or analysts refer to exit polls. But what are they and how do they work?

Exit polls are surveys conducted as voters leave their polling places on Election Day. Reaching voters at that moment helps ensure that the people surveyed have actually voted.

Critical questions of who won and why are answered from exit poll results.

How are exit polls conducted?

Interviewers stand outside polling places at randomly selected precincts across the country and approach voters at specific intervals as they exit, for example every fifth or ninth voter.

Voters who agree to participate fill out a short, confidential questionnaire and place it in a ballot box.

Interviewers phone in the results three times during the day. When a voter refuses to participate, interviewers note the gender and approximate age and race of that voter. This information is used to statistically adjust the exit poll to ensure that all voters are fairly represented in the final results.

What sort of questions are asked in an exit poll?

The exit poll questionnaire asks who people voted for, their demographics, opinions about the candidates and opinions on important issues. Here’s an example of a 2020 exit poll issue question:

Do you think the condition of the nation’s economy is:

Exit polls, like any other survey, are subject to sampling and nonsampling error. Before news organizations report exit poll results or make projections, they compare results to pre-election polls and the voting history in that precinct, and have statisticians and political experts carefully review the data.

After polls close, exit poll results are weighted using the actual vote to make the data more accurate. Exit polls may be used to project the winners of races where the margin between the candidates is large. But most election projections are made after the polls close and incorporate actual vote data.

How do exit polls account for the people who vote early or by mail?

In the 2016 election, 42% of Americans voted before Election Day using some form of absentee or early voting. That number will be higher for this November’s election.

Exit polls miss those who vote before Election Day. However, it is important to include them in the data in order to have accurate information about all voters.

Exit polls include those who vote absentee or early in two ways. The first is by conducting phone polls among those who have voted absentee or early. Second, in some states with a high proportion of early in-person voters, exit polls are conducted in the weeks leading up to Election Day as these voters leave the polling place. Data from the telephone polls and early voter exit polls are combined with the Election Day exit poll to provide a complete picture of all voters, regardless of when they voted.

How has exit polling changed because of coronavirus?

This year, the interviewer, who will be wearing a mask at all times, will approach the voter from a distance of at least 6 feet. Voters who agree to fill out the exit poll will be directed to a nearby table to get the questionnaire and a single use golf pencil.

The table will also have hand sanitizer, sanitizing wipes and disposable gloves available for the interviewer and voters to use. These procedures were tested successfully during the recent primaries.

When will exit poll results be reported?

On Election Day, there is a strict embargo on any data coming from the early waves of exit poll data until 5 p.m. ET. By about 5:45 p.m., some initial demographic information about voters and their views on key issues in the election will be available on ABCNews.com. After the polls close in a state, the complete exit poll crosstabs will be posted on ABCNews.com.

ABC News will not project a winner until the last scheduled poll closing time in each state. If a race is not projected at poll closing time, the projection will incorporate actual vote data and will be made as soon as the data warrant. Information will be constantly updated throughout the evening on ABCNews.com and on all ABC News programs. 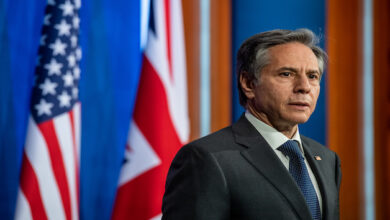 Israel-Hamas cease-fire put US in position 'to building something more positive': Blinken 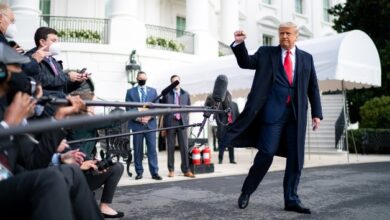 Trump won’t back down from legal war as money woes, infighting rage: Sources 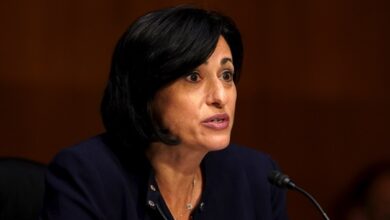