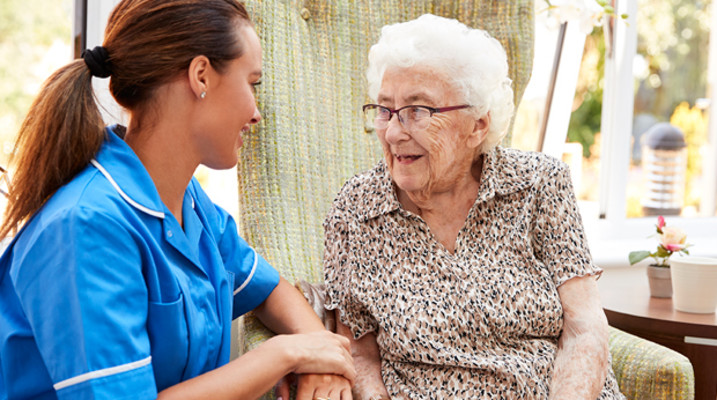 Apparently, our favorite senior citizens are not all that happy about how we’re talking to them. So if you’ve been addressing your favorite senior as “Sweetie” or “Honey,” you might want to hear the latest intel from researchers at Oxford University: Their data reveals that we shouldn’t say anything that could be considered elderspeak. That’s a form of baby talk where you speak slowly, in a sing-songy voice, using simpler vocabulary, like how you’d talk to a CHILD.

Also off-limits, according to the researchers, is speaking about someone as if they’re not in the room. Like asking a caregiver how your mom is doing, instead of addressing your mom directly, or substituting pronouns. For example, saying “How are WE today?” instead of asking, “How are YOU?”

The researchers discovered older people find elderspeak demeaning, condescending, insulting and very stressful. And it makes them feel they’re no longer competent or of value to anyone. And that’s true whether or not the elderly person has any cognitive problems.

And listen to this: Researchers at St. Mary’s College of California recorded conversations between elderly nuns and their younger caregivers over a 7-year period. The caregivers had been trained to speak in respectful, normal conversational tones, and essentially behave like they were speaking to an equal, even if the patient couldn’t understand what was being said. The result: The older nuns were happier, calmer, less stressed, and much more cooperative.

Something to think about the next time you’re going to visit the senior citizen in your life. Beware using the dreaded “elderspeak.”

About the Intelligence For Your Life